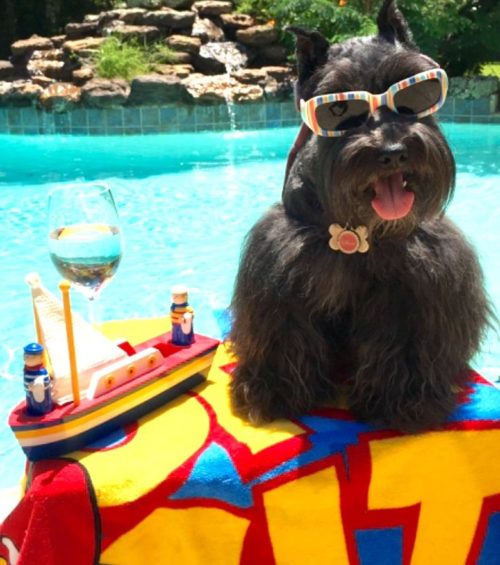 Favorite Toy: A “stuffless” squirrel that has two squeakers in it!

I recently took Tara on an awesome, pet therapy visit and I am continually amazed at the impact she has with the people she meets!

It was at a memory loss facility and she really connected with one, older gentleman! It was a group setting with about 15 residents, some family members and the caretakers. Apparently this fella doesn't speak very often because several staff and family members came up later and told me that he's normally very, very quiet!

I had sat next to him and had Tara in my lap as I began talking, telling him about her and that she was very soft! I told him he could pet her if he wanted, and he did! He started talking, telling her how soft she was and that she's a pretty dog, as he continued petting her. She slowly started to scoot from my lap trying to get into his, so I asked him if he wanted to hold her! He smiled and said yes!!! He continued talking and talking to her, while petting her as she closed her eyes, contented...

They stayed this way for several minutes, until some family members came over and started taking their picture! He had a big smile the entire time!!!!!!

Marsha, the staff leader told me later, that he was having a great day!!!